Editor’s note: This photo was named an honorable mention personal column in the 2022 TAJE Best of Texas contest.

I love you, mija.

Those words seemed to travel through thick and thin, quite literally. Either words strung upon a strained voice or of confidence, they never left no matter how weary they got.

The power these words held was even enough to combat dementia.

My grandmother fell victim to dementia in 2013, as it grew more rampant, it was apparent things were going to change. The lively and fierce woman that was flipping tortillas with her bare hands or teaching me classic Mexican songs on the piano became a tired and frail woman.

It began with medications first, with my elementary mind not understanding what the situation was, I thought nothing of the box of pills that were suddenly so important. I never once bat an eye, just simply ran over to my dad or to her and reminded them to take the pills- my dad once joked that I was like a “watchdog.”

I think as the nurses started to visit our house more regularly and the more medical equipment that began to settle in her room was when I began to understand the gravity of the situation. It’s almost bittersweet in a sense, how I could have been so naive to the time that was gradually slipping away from us. I practically watched the string that held us together lose its threads, thinning into nothingness.

Would things have been different? Maybe. Maybe if it never affected her, I would still be on a piano bench today. I’d probably still be able to speak Spanish with a confident tongue or be closer with my culture as a Mexican. ”

As it developed, that string continued to be strained. My dad became her caretaker, becoming the target of her confused aggression, and was tasked constantly with watching her. He says he spent about $110,000 on her equipment itself. It was almost as if her dementia advanced to the stage it settled at. First walker, then wheelchair, cameras, motion sensors, and finally, a hospital bed. The biggest jump was the day she fell on the way to the restroom.

Would things have been different? Maybe. Maybe if it never affected her, I would still be on a piano bench today. I’d probably still be able to speak Spanish with a confident tongue or be closer with my culture as a Mexican.

I can’t be angry though. I feel that I still managed to receive something from that situation, despite the fact that it required taking my grandmother away.

I learned how to care for someone. On the days that seemed rough, at the end of the day this woman was still my grandmother- or as I called her, my guelita, so not once did I hold any grudge against her, only her condition. How to operate under pressure. Some days she’d have a fall and I learned how to properly lift her up without hurting her. My biggest learning moment was when my dad and I had to call an ambulance for her. She had fallen and was injured more severely. While at the time I was panicked, I operated with the mindset that I had to help her. I learned how to center myself in those situations should they ever occur again.

The biggest thing I learned however, was to cherish the time we have. Millions of people in America alone can share the story of a loved one with Alzheimer’s or dementia. It’s frightening how common it is, with 3 millions cases per year (Mayo Clinic), it can happen to anyone without realizing it until it’s too late.

While my time with her was short, I’m happy to know that we shared some moments together. Those times on the piano bench or the times where we’d reminisce over a painting that hung up over the couch and she would relay the tale to me. Her hands guiding my younger hand over the bean for the lotería card.

So thank you, guelita. For not only sharing time with me that we had no idea would be shortened, but for turning those memories, both before and after illness, into my inspiration today.

Now, I want to be a doctor. Not only to research this subject, but in hopes of helping other families catch it before it’s too late. While I may not be able to cure it, I would like to help families know when they should start building more memories together, before their strings start thinning.

She passed away on August 9, 2020, but I hope to fulfill her memory and make her proud, to give her a proper goodbye that covid unfortunately took from me.

View Comments (2)
About the Contributor 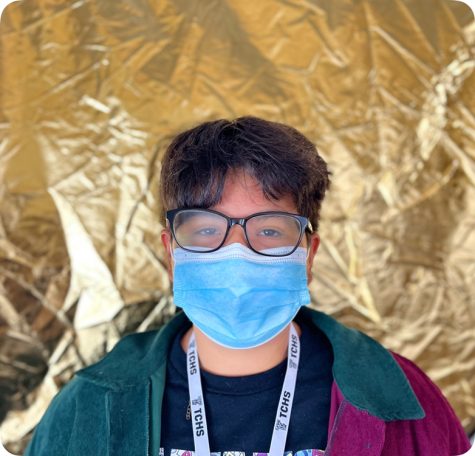