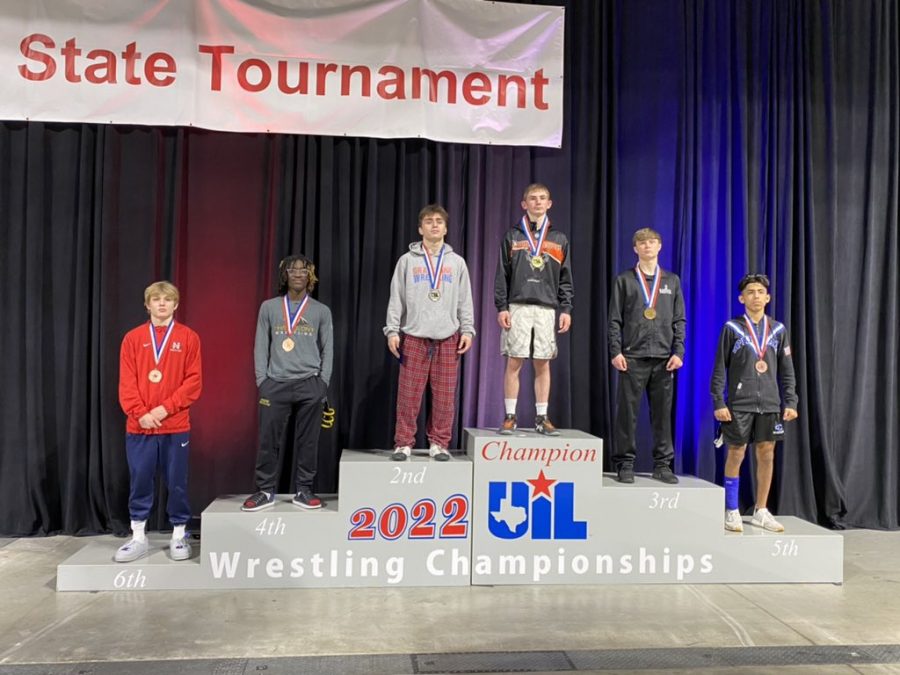 Growing up as a kid, senior Joshua Weatherall was constantly living in his older brother’s shadow. He wanted a way to escape and show that he was his own person. Growing up, Joshua was competitive and loved a challenge.

While Joshua was in middle school he saw his older brother wrestling in high school and saw it as not only an opportunity to be competitive but to also prove that him and his brother were not the same person and that he was different than his brother.

Joshua began wrestling in eighth grade. With all his sacrificed time and effort in wrestling he has made a name for himself in the sport of wrestling in not only his school, but in the state.

Joshua made it to the state championship during his freshman year of high school.

“Freshman year I got first at district, 4th at regionals, and I didn’t place at state but it was still great that I got to go,” Joshua said.

“My sophomore year I wrestled first at district, first at regionals, and I got fifth at state and my junior year I got second at district but could not wrestle due to an injury during practice.”

This February, Joshua qualified for state yet again during his senior year. He got 5th place at the state tournament.

Wrestling requires a lot of dedication and time. The concept of wrestling is to take another opponent to the ground and pin them. This takes a lot of arm and core strength so practice is essential when it comes to wrestling but so is motivation, Weatherall says.

“Motivation is a big part of it,”  Weatherall said. “If you don’t have motivation and don’t want to practice, of course you are not going to be good.”

Although Joshua is well experienced at wrestling he wasn’t always the confident wrestler seen in the halls today.

“It was pretty nerve racking when I first started wrestling,” Weatherall said.

He was not used to a one on one sport he was more used to team sports such as soccer and basketball. Entering the world of wrestling was new and different but overtime he began to get the hang of things.

Practice was the main thing that took him from a nervous beginner to a freshman making it to state. His hard work and determination is what has made him the wrestler he is today.

“I’ve put hours into wrestling and it shows whenever I wrestle,” Weatherall said.

Joshua is not the only one who sees his improvement in wrestling. Joshua’s coach has also noticed his impressive progress. Boys Wrestling Head Coach Chuck Brown has been coaching Joshua since his freshman year of high school. Coach Brown has enjoyed coaching Joshua for these past four years.

“He’s always been a great leader and hard worker,” Brown said. “He is the hardest worker in the room. Joshua will go down as arguably the greatest wrestler in school history.”

Joshua has achieved a lot of great things from wrestling including valuable life lessons towards working hard for his goals and has made a name for himself in the world of wrestling. He went from a nervous teen to a state qualifier and he has advice for people who want to get started or who are discouraged to continue doing what they enjoy.

“You simply just have to stick with it and eventually you’ll get the hang of things,” Joshua said