Cross Country Is Headed to State 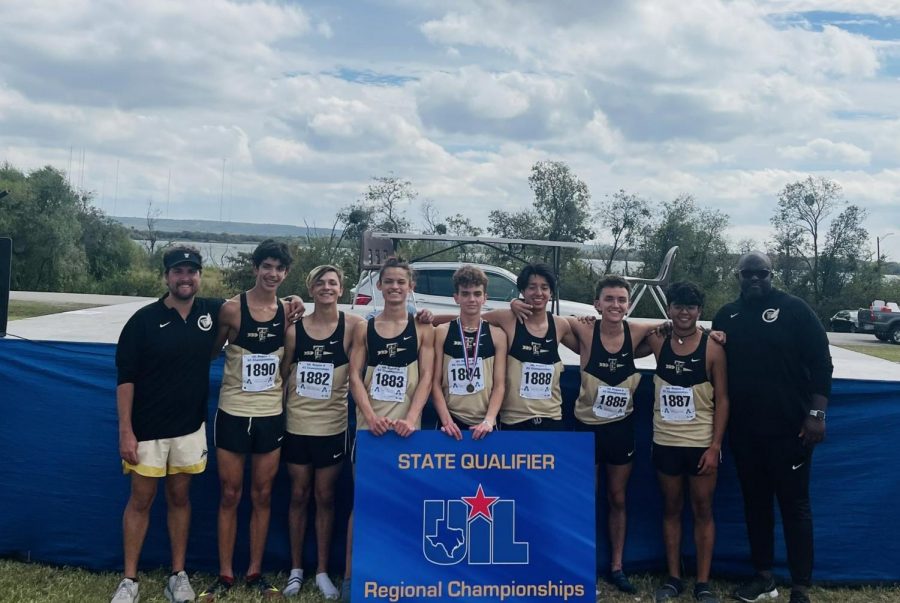 The Cross Country Regional meet took place on Tuesday Oct. 26 at Lynn Creek Park in Grand Prairie, Tx. The varsity boys ran fastest enough as a team to qualify them for the state cross country meet for the first time in six years.

Junior Devon Judelson qualified for state placing fourth out of 182 runners with a time of 16:09.

“Making it to state feels amazing, it’s something the team has been talking about all season,” Devon said. “Now actually making it gives us the confidence of knowing that we can compete with top teams.”

The last time the Cougars qualified for the state championship meet in 2015 when the boys finished seventh at State and the girls finished sixth. Head Coach Anthony Doran was ecstatic about the success.

“Making it to state is a really big deal in my eyes,”Doran said. “It just shows all the hard work that they have been putting in has paid off.”

The varsity boys placed fourth as a team.

“As a team our performance was very good,” Devon said. “We all did what we needed to do and it played out well for us.”

Cross country takes mental toughness. The cougars showed this at district and at regionals, and they plan to do the same at state.

“The training has been tough but it’s all worth it now, ” Varsity runner Adam Medina said.

The UIL state championship meet will take place on Saturday, Nov. 6, at Old settlers park in Round Rock, TX at 12 p.m.

“I’m happy knowing we made it,” Varsity runner Dylan Judelson said. “But I know there’s a little more left in the tank.”